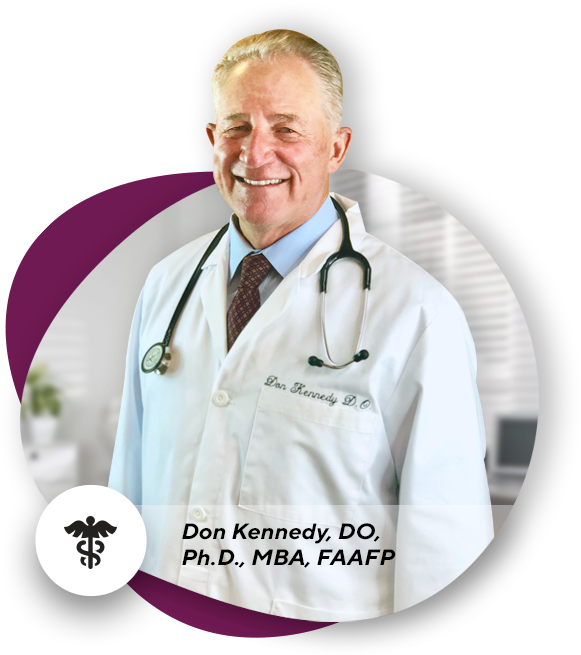 The Only Nerve Relief Supplement I Recommend to My Patients

If you're looking to support healthy nerves and reduce tingling, discomfort, or loss of feeling - you're in the right place.

Nerve Renew is the most complete nerve supplement on the market, with 10 proven ingredients to build nerve insulation, regenerate nerve tissue, and improve nerve function...

...so you can enjoy healthy nerve function with less discomfort & weakness.

Try it for yourself and discover why over 1 million people swear by Nerve Renew to reduce discomfort in their hands & feet. 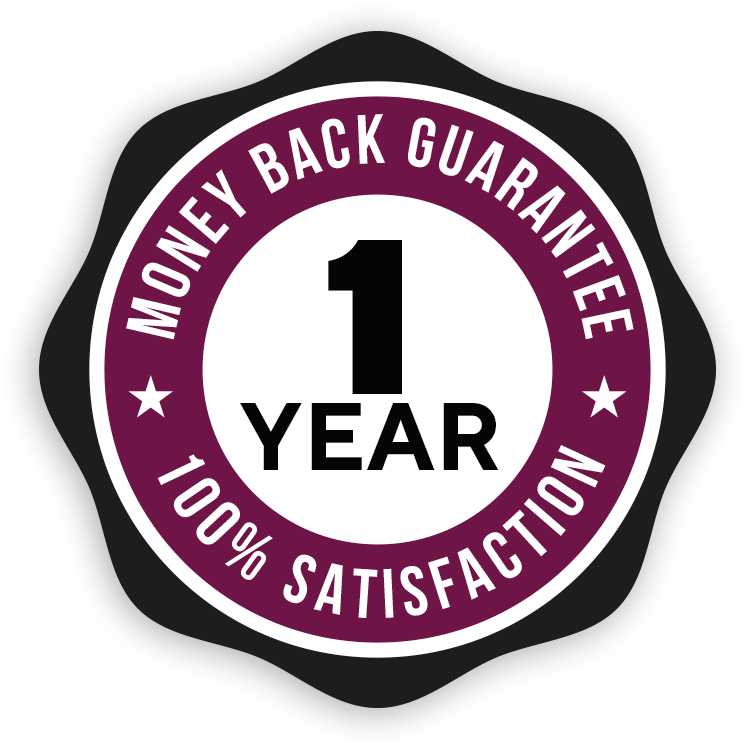 Nerve Renew is backed by a One Year Guarantee. If you don't notice an improvement in your nerve health with Nerve Renew, get a prompt refund your most recent order (minus s&h) up to a year after your purchase. No questions asked!

Enjoy These Benefits With Daily
Use of Nerve Renew 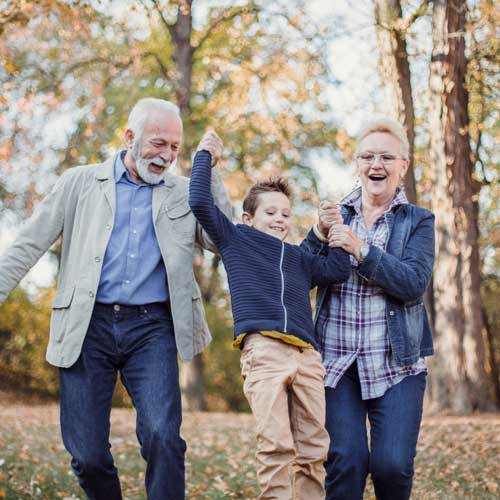 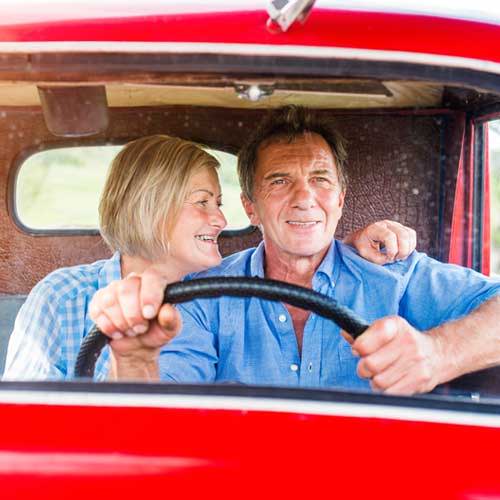 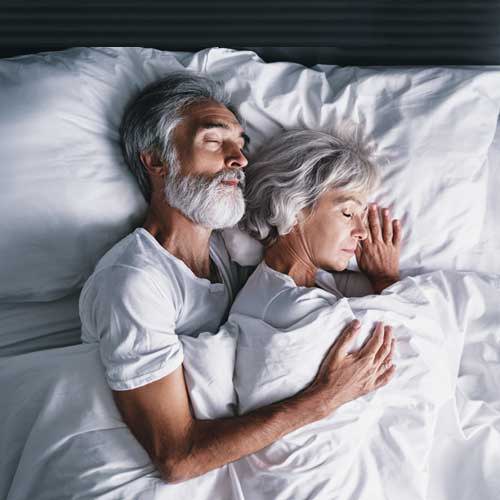 We have over 4,300 customer reviews with an average rating of 4.3 stars!

Here's what a few of those happy customers are saying about Nerve Renew: 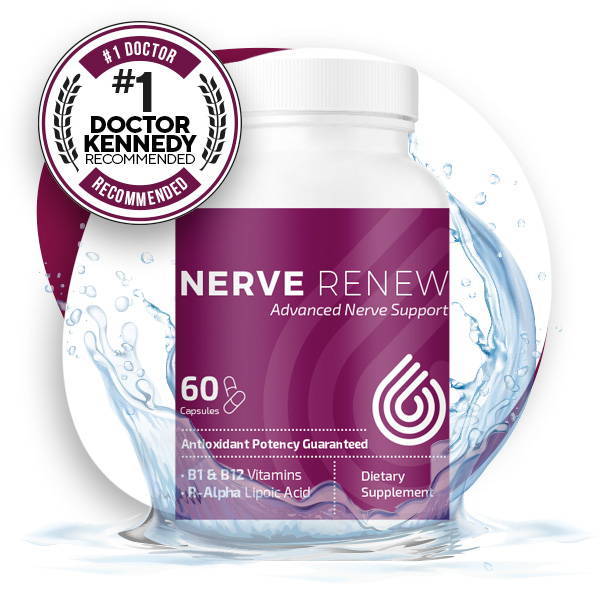 It All Starts With Improving Blood Flow
to Your Nerves

As we age and our health declines, our bodies divert blood flow and nutrients to our most vital organs.

Our nerves are the first to suffer when this happens.

Here's how it works:

Is Nerve Renew a Prescription?

Unlike prescriptions - which merely alter your brain chemicals to “mask” the discomfort – Nerve Renew addresses the underlying nutritional deficiencies that often cause nerve discomfort and sensitivity.

It does this by supplying your nerves with the key vitamins & nutrients they need to function normally. As you feed your nerves these restorative nutrients, you’ll enjoy healthier nerve function and reduced discomfort, sensitivity, and weakness!

But for this process to work, you must improve blood flow to the nerves. Without proper blood flow, these vitamins and nutrients can’t make it to where they’re needed most.

Which is why one of the main ingredients in Nerve Renew is Stabilized R-Alpha Lipoic Acid. Not only has this potent antioxidant been shown to reduce nerve discomfort, but it also improves nerve blood flow.

As blood flow to the nerves increases, your nerves will begin to harvest the powerful vitamins & nutrients in Nerve Renew to nourish nerves, rebuild the myelin sheath (nerve insulation), and build nerve fiber density to speed up nerve communication. 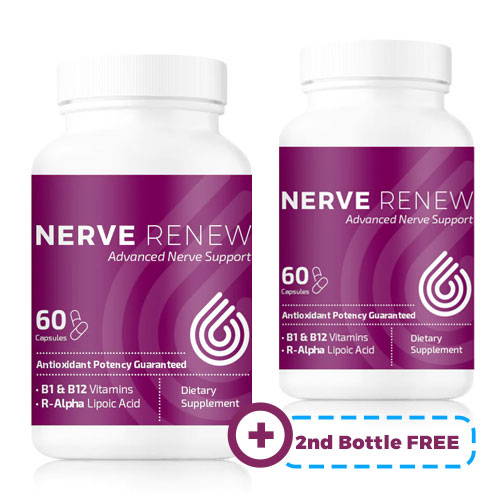 We Started With The 3 Most Important Nutrients For Nerves: 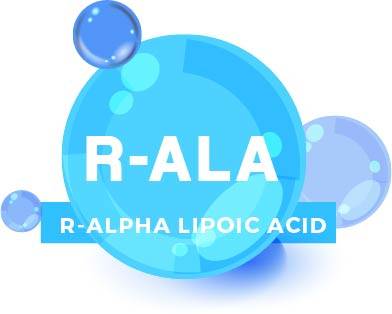 This powerful antioxidant supports healthy blood flow and is one of the most studied ingredients in Nerve Renew.

Mulitple clinical studies show R-ALA has a profound effect on the nerves - helping to reduce discomfort, burning, tingling, and more.

Nerve Renew contains 300mg of Stabilized R-Alpha Lipoic Acid, the most potent form of ALA. 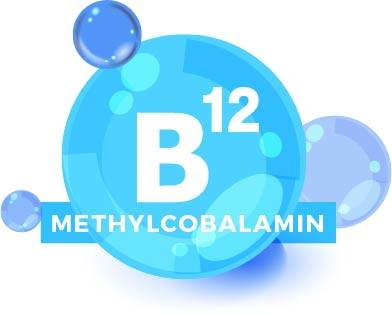 B12 is a nerve health powerhouse. It helps to build the myelin sheath and regrow healthy nerve tisue. Best of all, it's safe and well tolerated - even at high doses.

Most supplements use a cheaper & less absorbent form of B12 (cyanocobalamin). 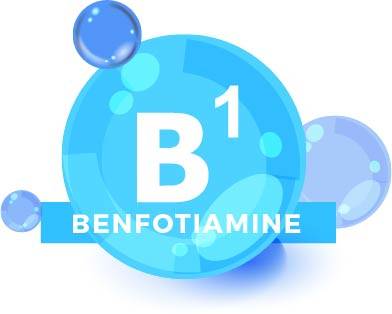 The main energy source of nerve cells is ATP. Vitamin B1 converts carboydrates into ATP to fuel nerve regeneration.

Not only that, but it helps protect nerve cells from oxidative stress, which leads to further breakdown of nerve tissue.

Nerve Renew contains 300mg of Vitamin B1 as Benfotiamine - which absorbs up to 3.6x bettern than Thiamine, the form used in most supplements.

These 3 nutrients alone will help turbocharge nerves to reduce discomfort. But we didn't stop there... 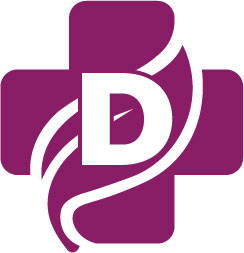 An additional layer of nerve support 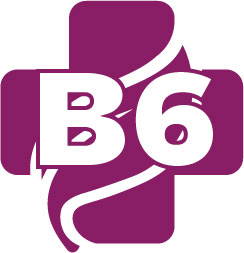 According to a study in Advances in Nutrition journal, Vitamin B6 improves nerve fiber density in your feet. 11

The more nerve fiber density you have, the better tiny nerve cells can send crystal clear messages to your brain…which will help to reduce “misfires” that can cause discomfort. Nerve Renew contains a safe dosage of B6 (8mg), as too much can have an adverse effect on nerves. 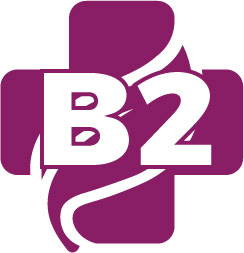 To help your nerves even more, we added Vitamin B2, which improves your body's ability to absorb nutrients like B-6, Folate, Niacin, and iron, according to researchers at Oregon State University.13

It’s incredible ability to help you absorb more nutrients amplifies the effects of the other ingredients in Nerve Renew. Our formula contains 8mg of B2 (Riboflavin). 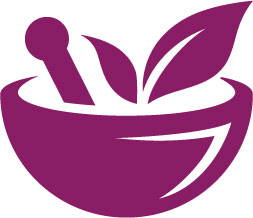 Studies suggest these herbs can help have a calming effect on nerves, reduce discomfort or irritation, and even support cognitive function.

These Ingredients Are Backed By Over 20 Clinical Studies...

"An overall beneficial therapeutic effect was observed in all three groups during the study, and a significant improvement in most of the parameters studied appeared already at the 3rd week of therapy. The greatest change occurred in the group of patients receiving the high dose of benfotiamine." - Source: Effectiveness of different benfotiamine dosage regimens (2nd Department of Internal Medicine, Municipal St. John's Hospital, Budapest, Hungary)

"It is quite clear that benfotiamine is absorbed much better than water-soluble thiamine salts: maximum plasma levels of thiamine are about 5 times higher after benfotiamine. The bioavailability is at maximum about 3.6 times as high as that of thiamine." - Source: Pharmacokinetics of thiamine derivatives especially of benfotiamine Intl Journal of Clinical Pharmacology & Therapeutics, 1996 Feb;34(2):47-50.)

How Does Nerve Renew Stack Up Against Other Nerve Supplements? 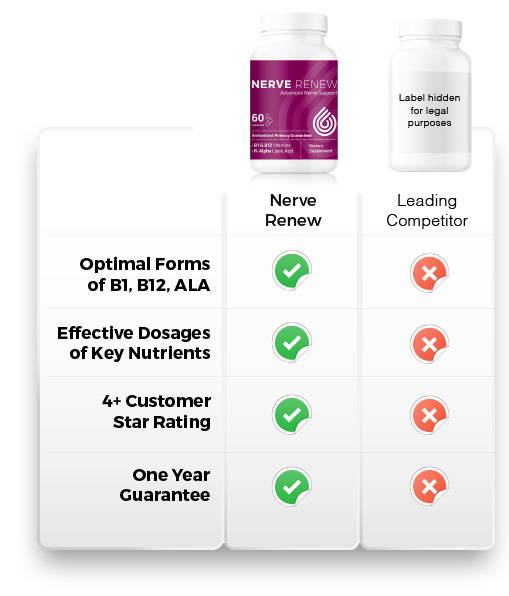 “Right away I noticed a change”

“Been using Nerve Renew for years now. One month I used a competitor's brand because it was cheaper. Right away I noticed a change, the following month I went back to Nerve Renew and I’ve stayed with it ever sincce."

I’ve already talked about how other supplements cut corners with cheaper ingredients to increase their profit margins at your expense.

Nerve Renew, on the other hand, follows a strict set of guidelines to ensure you’re getting the best product possible…

• It had to contain the right form & an effective dose of each ingredient to make sure what you’re getting helped support your health, not just give us a name to print on the label...

• It had to contain the correct scientific version of each ingredient, get easily absorbed, and not cause any unwanted side effects…

• It had to meet strict manufacturing guidelines, including NIR (Near-Infrared) Testing, screening for contaminents, and dissolution and disintergration testing to ensure it will be easily absorbed.

This requires LOTS of extra time and money, and most companies skimp on these areas. It takes hard work to do the right thing and not cut corners. Sometimes that decision eats into profits.

But our #1 goal is to support your nerve health - using only effective ingredients that've been shown to work.

“Right away I noticed a change”

“Been using Nerve Renew for years now. One month I used a competitor's brand because it was cheaper. Right away I noticed a change, the following month I went back to Nerve Renew and I’ve stayed with it ever since.”
- Ivan D.

And with Nerve Renew, you don't have to...

This is what I consider to be the BEST product on the market. I’m sure you’re thinking that with all the premium ingredients in Nerve Renew, it will cost a fortune.

And if you were to go out and buy each of these ingredients on their own…it would.

In fact, I recently spent 3 days hunting for each of the ingredients in Nerve Renew at local grocery stores, pharmacies, and specialty vitamin shops.

Not only was it a headache trying to find supplements that used the right forms of each ingredient (ie. R-ALA, B12 as methylcobalamin, etc)... 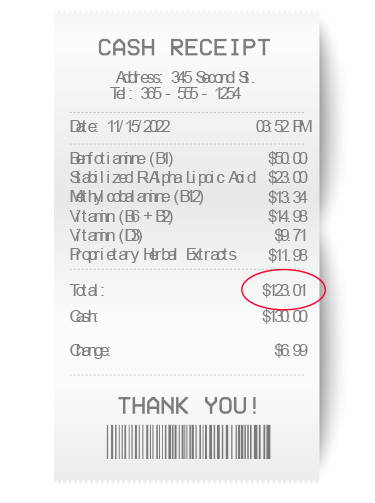 …but the total cost to get a 30-day supply of all the same ingredients in Nerve Renew was over $123!

If you’re retired or living on a fixed income, that’s probably not something you could afford to pay every month. And even if you can, who wants to spend that much on supplements?

But when your nerves are screaming at you, you’d probably pay your last dime to make it go away.

With Nerve Renew, you’ll only pay a fraction of that.

Nerve Renew has done everything possible to keep the price affordable while still making sure you get ingredients that will actually support your nerves. What's more, it's so much easier to get these nutrients in one convenient supplement, rather than having to take 10 different pills each day! All the work has already been done for you.

But For A Limited Time,
It's Yours For Even LESS!

That's because if you're a NEW customer...

This offer is available for the next:

Remember, your order is backed by
our One Year Guarantee...

We understand if you're hesitant to spend your hard earned money on our products, especially if you've been burned in the past by other products. Lets be honest, while Nerve Renew helps many of our customers (4 out of 5 report improvements with Nerve Renew) - we know it won't work for everyone. There's no "magic pill" that works 100% of the time.

Which is why we back Nerve Renew with a one year guarantee. If you don't get the results you're expecting, you have an entire year to get a full refund (minus s&h) on your most recent order!

So you can order with confidence knowing that if it doesn't work out, you'll get your money back. No questions asked.

Our formula consists of 3 unique parts…

How long before I see results?

Some of our customers notice differences in nerve health in the first 2-4 weeks. However, results continue over the next three to six months. For most people, it takes 3-4 months to see the most dramatic effects.

Through customer follow-up surveys, we’ve found that 4 out of 5 customers notice the most significant results after about 4 months of taking Nerve Renew daily.

Remember, it took years for your nerves to ask for support,so it will take time for the body to respond..

Is it safe with my current medication?

If you are concerned about Nerve Renew interacting with your medication, please consult with your doctor. Show them the list of ingredients and ask how it fits into your current treatment.

There have been numerous clinical trials using these ingredients and no reports of adverse side effects. In fact, in several clinical studies, far higher doses of these vitamins were used with no reported interactions or unwanted side effects.

How does the One Year Guarantee work?

If you’re not satisfied for any reason at all – we give you an entire year to get a full refund on your most recent order. Simply contact our customer support team for a prompt refund – no questions asked.

Our Customer Support Team can be reached at (888) 840-7142 or support@nerverenew.com. Or, click here to visit our contact page for more details.

Can you ship to my country?

How fast will my order ship?

Orders placed on weekdays before 11am MST will typically ship out that same day. Most orders will arrive at your doorstep in 2-4 days after being shipped (US orders). For international orders, your package should arrive in approximately 2-4 weeks, depending on the country.

Who is Dr. Kennedy & Nerve Renew?

Nerve Renew is focused on providing alternative approaches to nerve care & relief. Since 2010, Nerve Renew has helped over 1 million customers and sold over 1 million bottles of premium nerve support supplements. With an A+ rating from the Better Business Bureau, we pride ourselves in delivering quality products and superior customer service.

Dr. Kennedy is the Chief Medical Advisor for Nerve Renew. With over 35 years of experience running his own Florida Clinic with an emphasis in geriatric care, Dr. Kennedy is well versed in the challenges facing patients with nerve discomfort. In addition to his medical schooling, he has a certification in Regenerative Medicine from the Mayo Clinic and is certified by the American Board of Family Medicine.

Dr. Kennedy partnered with Nerve Renew after discovering our products and using them with great success on many of his patients dealing with nerve discomfort.

The statements made on our website have not been evaluated by the FDA (U.S. Food & Drug Administration). Our products are not intended to diagnose, cure or prevent any disease. Nerve Renew is not affiliated with any of the studies mentioned on the website. The testimonials on this website are individual cases and do not guarantee that you will get the same results.